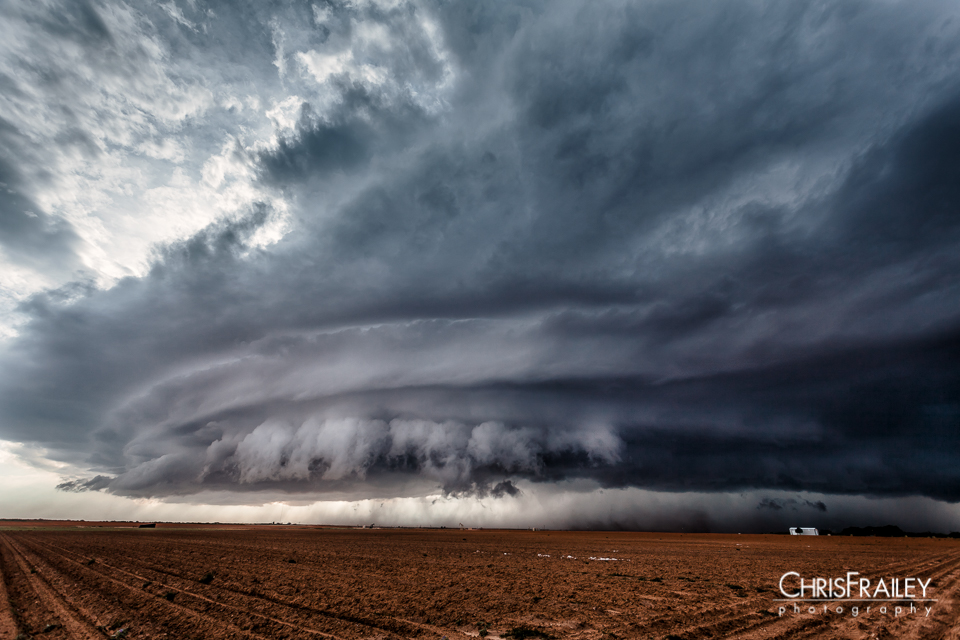 This beautiful supercell thunderstorm in Lamesa Texas was a big highlight for my recent stormchasing trip. I spent 4 days chasing the panhandle and southern areas of west Texas.

This was my second year of chasing out on the plains. Last year had me in eastern Colorado and western Kansas for my chase days. Being in west Texas was definitely a change of pace of what I am use to here in Arizona. Terrain features such as an abundance of highways to get to most areas was a nice benefit of the area. Often in Arizona you are very limited to highway access. Having roads run east and west, north and south, and even diagonally allowed for the ultimate flexibility in getting on storms.

My trip started off pretty painfully. Forecast models did not show a lot of promise for the week so I knew this trip could be a bust. I figured at worst I should be able to get on a few isolated storms. Sunday and Monday proved to be very painful as predicted. Mother Nature was not dealing a nice hand to chase. Storms were firing up along the New Mexico border only to die off very quickly as they came down from the mountains. This pattern was pretty consistent for both days. Tuesday and Wednesday picked up a little bit with more moisture and instability to generate stronger storms. The supercell above was from Tuesday’s chase. I was on an active storm just north of Lamesa when radar was showing this storm growing with slight rotation. My trips to the plains are always with one primary goal, which is to photograph and time lapse supercells. The structure these large thunderstorms produce is absolutely beautiful. Every thing else (including tornados) is bonus to me.

I have several more images coming from this trip so be sure to follow this blog and keep an eye out for more. Until then you can purchase this image from online gallery here: