Back in June I had the honor of doing a Fort Worth bridal shoot with McKenzie. Her wedding was scheduled for July 8th so we had to get this bridal portrait knocked out. It’s a southern tradition to have a photo of the bride at the reception so we had to deliver.

McKenzie’s school schedule kept her busy up until the first of June. With the clock ticking we picked the first weekend in June for the bridal photo session. I was excited to fly to Texas for this shoot. Getting a chance to photograph a beautiful bride in new territory is always a thrill. My good friend Matthew Beutel joined me for the trip down. Matt has helped me on several weddings and I was certainly glad he could assist for this shoot. Upon landing one of the first things I did was check the weather radar. Stormy weather had been forecast for the Dallas/Ft. Worth area. As much as I love storm chasing in AZ, this was one time I was hoping for clear skies.

We were picked up by mother-in-law who graciously put us up for the weekend and fed us. Bonus! Saturday morning arrived to the sound of rain. It wasn’t horrible but it did concern me. The forecast showed storms holding off for the afternoon so I kept my fingers crossed. Matt and I left early to go and explore the areas we would be shooting. Our first stop was the First United Methodist Church in downtown Ft. Worth. All I can say is what a beautiful building. Matt and I walked the grounds and noted a few spots. Just wow!

Our next stop was going to be the grounds of Robert Carr chapel, but the previous rain had made the grounds at the chapel unacceptable for a bride in a white dress. So we ended up at the Fort Worth Botanic Garden to finish up. McKenzie was a real trooper surviving the heat and humidity during the shoot. Big thanks to Michelle (McKenzie’s mother) for helping out along the way and keeping McKenzie ready to go.

We had such a good time running around photographing a Fort Worth bridal shoot with McKenzie. Below are the rest of my favorites from the Methodist Church and Botanic Garden. Enjoy! 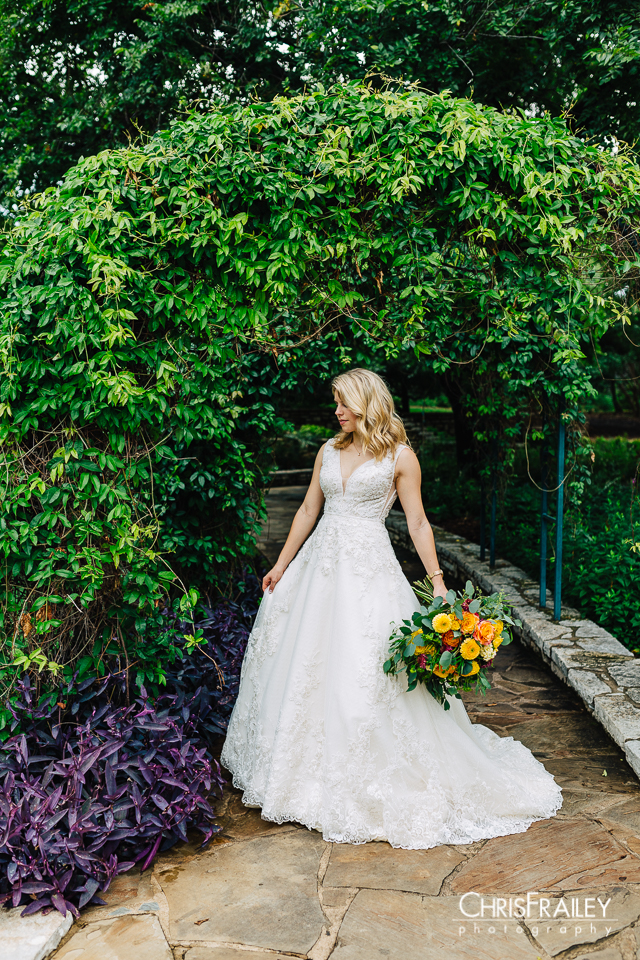