So I joined a group of a great photographers this year to form the #we35 project. Basically each month there is a challenge to shoot with only a 35mm lens or its equivalent.

36 Shots and No More

This month’s challenge was to return to yesteryear and shoot like we used to with film. Our task was to shoot 36 shots just like a roll of film and create a contact sheet. Part of the fun was to stay true to film which meant no do-overs and no post processing of the images (i.e. no Photoshopping). What came out of the camera was it, no retouching. This certainly add some challenge to the task. Being spoiled on digital where a bad photo is only a button push away of being forgotten this made you think about each shot.

It didn’t take long for me to have those flashbacks of shooting film. You would buy a roll, load it and you prayed you would get 2-3 usable shots when it was developed. Yep, you hoped for 2-3 out of 36. Anything more than that was bonus! Each shutter click was the sound of money so you were very selective in what you went after. This was good and bad. It forced you to think about what you were shooting and visualizing the end game. Camera settings were checked and rechecked before that shutter was pressed. The bad part was you were limited on what you could shoot with only 36 exposures. You might get that perfect shot only to have the light change a matter of minutes later and a whole new opportunity was presented. If you were lucky you had a few more shots left or another roll on hand. The trick was getting it before the light was gone!

I chose my Fuji x100s camera for the assignment. It has an effective focal length of 35mm and its small size was perfect for carry around waiting on random moments. I started out with just candids of the family but I got sidetracked at Mesa Gateway Airport with FiFi (B-29 Superfortress). This amazing plane from World War 2 won we over so I blew through my 36 shots pretty quick, just like the film days.

Time to load another roll!!! 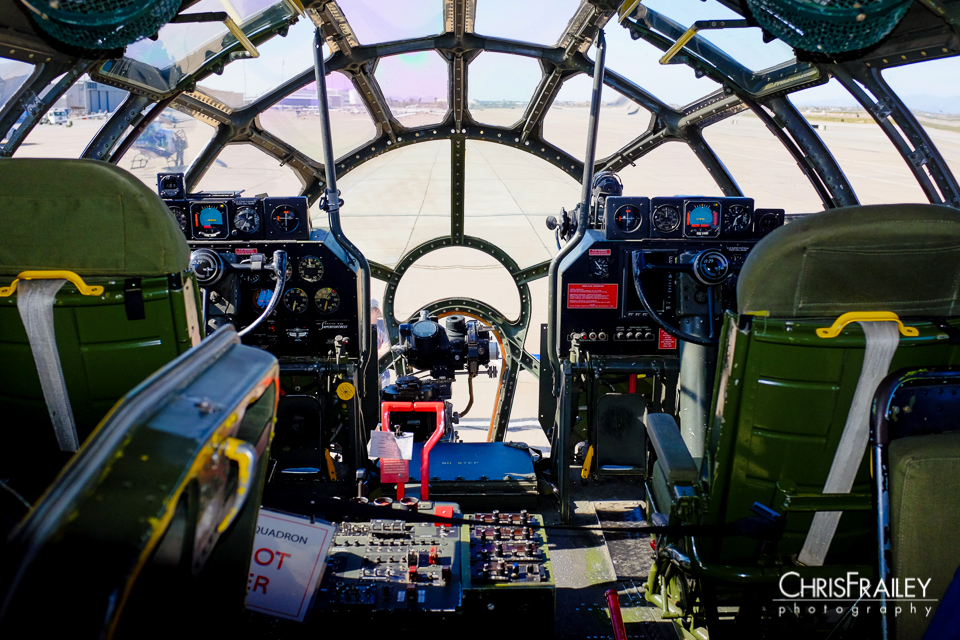